Adjuncts Can't Even Rest in Peace

When I woke up this morning, I found that a friend of the blog tweeted me a link to a new article discussing recently deceased Duquesne adjunct instructor Margaret Mary Vojtko.  When I saw it was from Slate, I was excited to read it, for a good friend of mine had been interviewed for this article.  The person who sent the link did so with no initial commentary, so as soon as I had a chance, I read.  Actually, I was a little bit behind my travel schedule because I read the whole thing.  I wish I had waited until after work to read it, for I've been raging about this read the entire day.

L. V. Anderson's "Death of a Professor" is a sad, sorry excuse to drag down a rally point for adjuncts nationwide.  Blunt enough?  Let me continue.  This is not simply a rant by someone too close to the issue.  I know what a rant is, by the way, I taught about them in one class this morning and was only prevented from making one about this very subject by the fact that I was getting observed.  While the last paragraphs lament the plight of adjuncts and their treatment by universities even calling for change, I cannot forgive all that comes before those lines. First of all, Anderson misspells Margaret Mary's last name several times:  it's Vojtko, not Vojkto.  Basic reporting: get the names correct.  Especially if one is attempting to tear down the martyr of the contingent working poor who also write.

The article begins with a recap of the main points regarding her death and the subsequent publication of Daniel Kovalik's article that brought intense scrutiny to not only this case, but the wider treatment of adjunct faculty nationwide, perhaps worldwide.  Kovalik's position as senior associate general counsel of the United Steelworkers is mentioned, as it almost always is.  I should have known which direction this was going from that moment on, but I kept reading.

Next, the viral history of Kovalik's article, the Twitter hashtag it inspired (#IAmMargaretMary), and several related blogs and articles that took up the cause are mentioned.  The article even tips its hat to the unfairness of the conditions under which she lived and died:  the conditions of the working poor in America.  Oh, but then Anderson writes "But was that true?'  This seems to imply that we have all been--gasp--lied to about Margaret Mary VOJTKO.  Still I read.  What were these new truths?

It seems that the TRUTH about Margaret Mary Vojtko is that she grew up in the Pittsburgh area in a staunchly union family.   She considered becoming a nun but after taking a job at her father's suggestion so that she could make a more informed decision, she did not join a convent.  Cousin Gerald Chinchar is quoted as saying she "had too much of an independent streak."  Now, here's where my alarm bells started to ring, not because of her cousin's words, but the way in which they were likely to be used.  An independent woman?! In the 1940s?!  This is followed by her romantic history that includes at least two men who she fell for but never married.  Then we learn that after her father's death she pursued more degrees:  French, Latin, medieval studies and even an RN were all areas of expertise.  Ah, I see it now:  independent, educated, unmarried woman who also decided against taking religious vows that could have provided for her.  Well, well.

Finally, Vojtko arrives at Duquesne, fluent in five languages and able to play violin, among other things.  She teaches "French for Research" and language classes for undergrads.  Though Anderson admits Vojtko took her teaching seriously and that some students doted on her, keeping in touch after leaving her courses, it must be pointed out that she does not use the computer well and eschews technological course instructional programs.  How dare she reject corporate course management systems universities have plunked down big bucks for?! What kind of Luddite are we dealing with here?  How in the world did any of us ever get by without them?  (I must admit I only learned to use BlackBoard this year because my new school relies on it.  Many of my students express frustration levels with it as well, and they're not a quarter her age.)  The digs keep piling up. 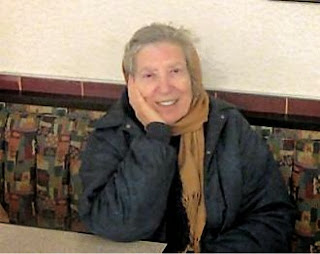 Then we learn that Margaret Mary Vojtko even had a passion for history, particularly union history relating to her background and volunteered with the Homestead Historical Society.  Yet this, too, is not left unproblematized:  we are told she was a hoarder and obsessive over artifacts.  Yes, her house and the one next door that her deceased brother purchased are full of items.  Has this author met any academics?  I don't know any without some oddities, myself included.  Personally, I find hoarding to be one of those things I can easily forgive, unless it involves animals.  I come from a family who couldn't throw out something unless it was absolutely broken or completely wrecked without a struggle or at least a long conversation.  We're from the country.  We have sheds and barns full of stuff because...  Well, because someone might need it and then we wouldn't have to buy it, just dig it out.  We weren't raised to be throwaway people, as I'm sure the Vojtko children weren't.  Can this be taken too far?  Yes.  Is it a mental condition?  I think so, but it doesn't make her less human or less deserving of her place in this story of the adjunct uprising.  However, Anderson still isn't finished airing  83 years of dirty laundry.

Apparently, another great secret that we have all been snowed about is that Margaret Mary Vojtko never ever finished her dissertation!  What?! Maybe she had more sense than some of us, would be my initial response to that.  Is this lack of a terminal degree supposed to make her LESS in my eyes, or make her unfit to serve as a rallying cry for the cause of contingent faculty?  Maybe to people who think that a PhD makes them better than everyone else.  I have one and I'm still an adjunct.  Lots of people are.  Lots of people have MAs or MFAs.  So what?  The adjunct life is rarely any kinder to the doctoral degree holder than those without.  In fact, at a beginning of the year meeting at one of my schools, a colleague joked with me that he never had managed to get his PhD, so he couldn't really expect more than bouncing between schools.  I told him the degree was no guarantee anyway, since I had one.  He was surprised.  Do I feel less inclined to care about Margaret Mary's life and death because of any of this? No, because none of it matters one damn bit in the end.

At the end of her life, as family members died and others disappointed her, she because more reclusive. Then Anderson claims that the Duquesne community did not abandon her.  What they did do was offer her charity.  Charity in a country that despises the poor.  Charity to a woman from a strong union background who had worked all her adult life, who was intelligent, and independent.  I know these women.  I come from a family like that.  Having to sign my children up for state medical insurance is humiliating to me.  I'm not a freeloader.  Margaret Mary Vojtko was NOT a freeloader.  If this article's purpose was to tear a woman down from a pedestal, it has not fulfilled its purpose.  For me it has placed her further ahead of us.  Margaret Mary is up there in the distance beckoning.  She waves a union sign.  She carries a beloved book.  She demands that we keep fighting for the living wage that ALL workers deserve, inside higher education and out.  The truth of her life is no less than, no greater than, no more valuable than any of our own.  Anyone who thinks that casting aspersions on the character of a deceased woman expiates even some of the guilt of the contemporary corporate university does not truly understand what we are fighting against because they are only standing in our way providing excuses for those in positions of power.  This is what we are up against.

For those whose lives challenge the status quo there is no resting in peace.

This blog represents my own opinions and reactions to my life and experiences as an adjunct educator in the United States. I comment on other writings regarding the adjunct crisis. My views are my own and do not represent the official views of any of the various schools for whom I may be teaching.