If Sarcasm is Your Religion, You're Not Helping

Wednesday, December 13, 2017
I have been thinking a bunch this morning about the glibness of what passes for the main branch of the Democrats anymore. What I'm thinking of includes things like South Park and Team America, Colbert and The Daily Show, including the punchy memes that proliferate on social media. Sometimes these things can be funny. The more time passes and the worse the discourse in our country gets, I find them less and less amusing. When I was in my professional education course titled Class Management to Dr. Taylor, (I think it was that class), he said something like “Never use sarcasm to teach. Students don't get it and then if they do, it seems mean in hindsight." I thought about that a lot that day. In the music department we were a sarcastic, witty, too loud lot much of the time. I remembered how I felt the first few days as a freshman, on the outside and not knowing what the inside jokes were.  I remembered fake laughing until I caught on, until the inside jokes were ours and we lorded them over everyone else. 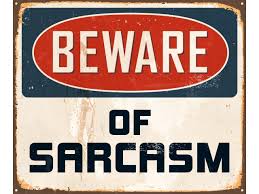 That’s when I knew why two other students in the program had been grating on me so badly. Since it was a small school we were not only together for our music courses but often our general studies classes because there just weren’t that many sections to choose from.  I was sick of hearing them repeating some catch phrase yet again at a loud volume.  If I’m not mistaken, the professor’s comment that day was directed at one of those students who had done the typical sarcasm routine in class and to him.

Generally, in education and life, being mean to someone is not the way to motivate them. The military is not educating but programming:  it’s different. My male college percussion instructor, accustomed to male students, thought that yelling and being sarcastic to me would . . . what? Make me angry and therefore practice more? Make me embarrassed and practice more? Wrong answer. What it did make me do was despise my lessons. I would practice marimba for hours on my own, but I got a friend to tutor me on snare once in a while since this was my weakest area. Additionally, it became my goal to out sight read him every single time.  I was already good at it but I started pulling songs from my piano books and playing them on marimba to prepare. It steamed him. I never actually got better as a drummer. Eventually, I left that program. People do not want to volunteer to deal with those who would treat them like crap. 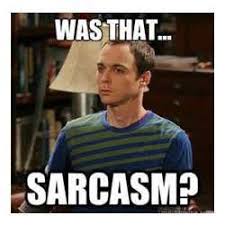 This kind of damaging attitude extends to the non-verbal, as well. My eldest son is a college-aged person. He is into politics and comedy, among other things. It was no surprise that a family member bought him a parody MAGA hat.  It is red with white embroidered letters, just like the originals; however, it says “Make America Great Britain Again.” Immediately he put it on and wore it to the supermarket when we went out. In theory, it’s just a funny hat. In reality, here’s what happens:  other people don’t or maybe can’t read the smallish print.  This leaves the observer with a few assumptions.  1. The person wearing the hat supports Trump. Therefore, if you are a person of color, LGBTQ, or simply not a fan of that person, you’re going to avoid my son because he appears to be a supporter. 2. You think that my son is a supporter.  You are too.  You come over to crow together about this and realize the hat is making fun of you.  You think he’s an ass for tricking you.  You might hurt him. 3. None of this is funny.
I said, “Walking around all comical in that hat is something that indicates your privilege. You are over six feet tall.  You look white.  You are a man. What do you think people who see the hat think about you?”

If he were smaller, browner, queerer, wearing that hat where we live would be dangerous. Yes, someone could still take a swing, or a shot, at him as he is now, but those things are less likely.  Not everyone can wear that hat or similar paraphernalia randomly in the supermarket without fear. I asked him if he saw the look a black woman gave him and he said no. I reminded him that my eyesight isn’t so great and from a distance, if I didn’t know him, I would avoid him because I would assume the hat was an official one.  I told him he could keep the hat and wear it if he chose but not to wear it and hang around with me anymore.

You can’t educate anyone with sarcasm.

That’s why this “We make fun of everything so you can’t be offended because nothing matters” culture is rotten. Some things do matter. People’s feelings matter. People don’t listen to you when you make fun of them or treat them badly. We have to accept bigotry and hatred, but I don’t either see the value of calling everyone who lives below the Mason-Dixon line prejudiced and stupid.  That isn’t true.  Also, everyone who lives above it isn’t non-biased and smart. I think that we have a very long way to go in this country to get back to a place where we can work together to solve major problems.  The first part is that we have to respect each other as human.  Both sides have to respect each other as human.  Those on the Right need to stop demonizing people while calling it religion, and people on the Left need to lay off the condescending weaponizing of intelligence via humor that is actually bullying. I don’t think this fixes everything, but I do think it is a place to start.

We have to start somewhere because we have far more serious issues facing us both nationally and internationally that are going to require lots of cooperation if we as humans are going to continue to live on this planet for any length of time.
Posted by Unknown at 11:41 AM

This blog represents my own opinions and reactions to my life and experiences as an adjunct educator in the United States. I comment on other writings regarding the adjunct crisis. My views are my own and do not represent the official views of any of the various schools for whom I may be teaching.