At a banquet for my elder son's high school band this past weekend, many of the other parents at my table were the proud moms and dads of seniors or juniors.  This particular son who I was there with is still two years from graduation.  I listened to these parents discuss the trials and tribulations of multitudinous campus visits, logistics, choosing majors, and all the senior activities still to come in the school year.  As I kept my smaller child from either forking himself or me in the eye and also occupied for the program, I considered some thoughts I have on the choosing a college process as it relates to the best interest of students and getting the best education for their parents' or their own money.  I will probably be the most unwelcome prospective parent on several campuses in a few years!

A cursory look at several websites with handy--and some not so handy but instead rather lengthy--lists revealed that the list-makers consider things like difficulty of classes, roommates, safety, and food to be the biggest concerns.

Several lists suggested asking who teaches first-year courses, but mainly these were worded in such a way as to preclude the existence of adjuncts:  "Who teaches the first year courses I will be taking? Professors or teaching assistants?"  The generic title of "professor" means, to most students and parents, anyone with degree in hand teaching the class.  The "teaching assistant" designation is offered as a less-than-desirable choice because supposedly that person will be working on their own degree, thus spending less time and effort on the class, or they may not have the knowledge or experience of a professor.  Missing from this simple binary are the thousands of adjunct faculty, many with terminal degrees and years of experience in the classroom:  by omission we are not considered.

The title of professor comes at the top of tenure heap.  For those not aware, in the United States, in descending order they are professor, associate professor, assistant professor, instructor/lecturer, then adjunct. The teaching or graduate assistant is not officially considered since many are still classed as students themselves, however, they too are need-based employees.  I understand the term "professor" is meant generically but it is this ease of use factor that prevents parents from asking a tougher question:  "If my student is taught by mainly adjunct faculty, then where does the tuition money go?"

Where, indeed.  One site listed seeing construction projects on campus as a "good sign" that the school keeps its facilities up to date.  A better question might be "Why is this building being constructed now and what is it replacing?"  Are funds being directed to unnecessary projects--rock climbing walls, waterfalls, more lounge/meeting space--that could have been spent on education via creating full-time permanent positions for faculty? Further, what is the rate of administrative growth compared to permanent faculty hires in the past five or ten years?  Why has this trend toward a top-heavy system emerged?

Most schools suffer from a contemporary marketing trend of expressing their values.  I've heard this same obfuscation used recently in regards to the corporate health care employment area, i.e. employees lauded for going "above and beyond," which a friend of the blog pointed out are both prepositions requiring an object: above and beyond WHAT are they going?!  One of my own alma maters used "Beyond Expectations" for a number of years.  At least we received an object for our preposition, as indeterminate as it was; however, at no time were we given exactly whose expectations the place was going beyond.  As can be imagined, this is quite subjective.  Was the money spent on new banners, letterhead designs, website layouts, and other official insignia worth it in the end? I forgot it entirely and had to ask others.

However, pointed questions picking away at the economic values of the college or university would most likely fall to people perhaps not as well equipped to answer them.  Many campus tours are given by college students paid work study wages.  Some staff serving as campus recruiters also may not be paid large salaries and would perhaps be placed in precarious positions in regards to reprimands or even their employment status if they answered.  I would not want to cause trouble for these folks.  Perhaps if, on a tour, a more honored guest gives a question and answer session, that would be the best forum for these.  A parent's letter to the school being considered might also bring interesting results without putting anyone tenuous in peril.

Among all the other pertinent questions students, parents, and guardians might be considering when selecting a college, might I suggest tacking on some, if not all, of the following should they be given an opportunity?  Better yet, make an opportunity and ask: 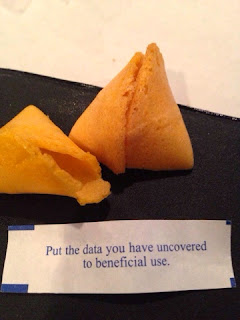 Certainly more could be added to this list, but it past time to challenge the hierarchy of wages at the post-secondary level:  whose work is vital to the success, safety, and well-being of students and how are these employees being treated?
Unknown at 1:57 PM
Share